Wildlife photography tip – if you want your friends to ooohhhh and aaaaahhh at your wildlife pictures, look for baby animals. It is the baby animals which get the “isn’t it cuuuuuute!” reaction.

Below are four examples of baby animals, the stories that go with them, and some technical data on each shot. These are all Australian wildlife.

Show me the samples! 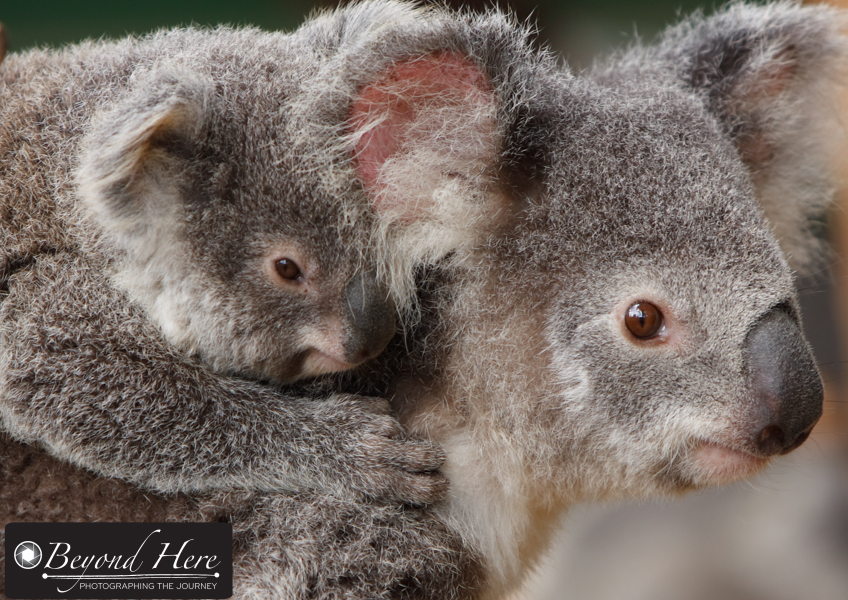 Baby koalas are called joeys. They ride on mums back until they are too big. It makes for a great photograph when you can get the mother and baby both in the frame. This is relatively easy with koalas as the baby rides on mums back. Look for baby animals!

This image was taken in Queensland, Australia in the late afternoon. Koalas sleep for up to 20 hours per day. When they are awake, you can get a variety of shots in a short period of time. This shot was taken as it moved to another part of the tree to feed. The sun had set and so this was taken with quite slow shutter speed 1/60 sec at f4. 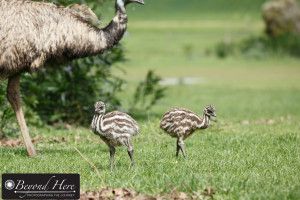 Emu chicks can be challenging to photograph as mum won’t let you get close to them. She will stay near to them for protection.

They have the beautiful striped camouflage you can see in this image and are really cute.

To make this image I sat on the ground. This helped the adult emu know that I was no threat to her and her chicks. They proceeded to stroll all around me, and I was able to make a series of interesting images. Even though they are small, they rarely stay still. To get them nicely in focus you will need a higher shutter speed. This shot is 1/1250 sec at f4.5. 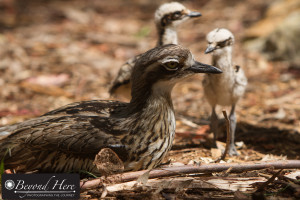 A bush stone curlew and its chicks

Bush stone curlews are common in the western suburbs in Brisbane, Australia which is where this image was made. They have an unusual behavior – when they feel threatened they stay completely still.

This does make them easy to photograph and you can get relatively close if you move slowly. Their chicks also have a similar striped pattern to the emus in the sample above. Very cute. Look for baby animals! This image was shot at 1/1250 sec at f3.5.

Kangaroos don’t generally let you get too close when they have young joeys who are out of the pouch. This one is big enough that it could easily have hopped away very quickly on its own. That might be the reason they both let me get relatively close – this shot was taken with a 70-200mm lens, 1/400 sec at f4.5 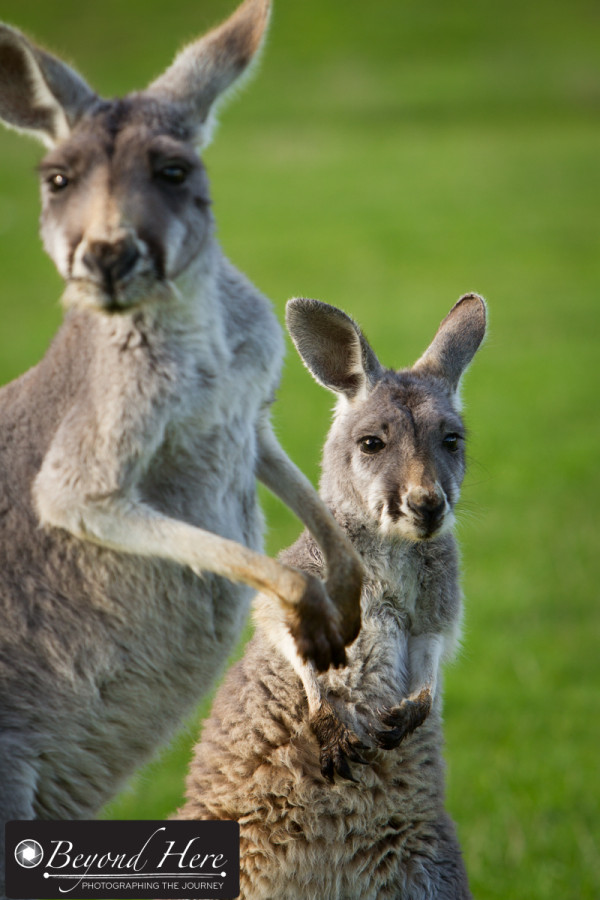 Female red kangaroo and its joey

I love the look on the joey’s face as it peeks out from behind mum! If you want your friends to oohhh and ahhhh at your wildlife pictures – look for baby animals.

The koala and kangaroo images here are good examples of filling the frame with the subject for maximum impact. I wrote an earlier blog post on that topic to give your images greater impact.

What are your favorite baby animals to photograph?