Yesterday I had a unique experience – I was shooting wildlife images alongside Beyond Here readers. That’s a first! Bob and Rae are from California, USA and had read my post Favorite Wildlife Photography Locations. Looking back on that post, I wrote it in the first 3 months of Beyond Here. That’s a long time ago now, way back in mid 2014. It must have been meant for Bob and Rae as I even spelled ‘favorite’ with the US spelling! 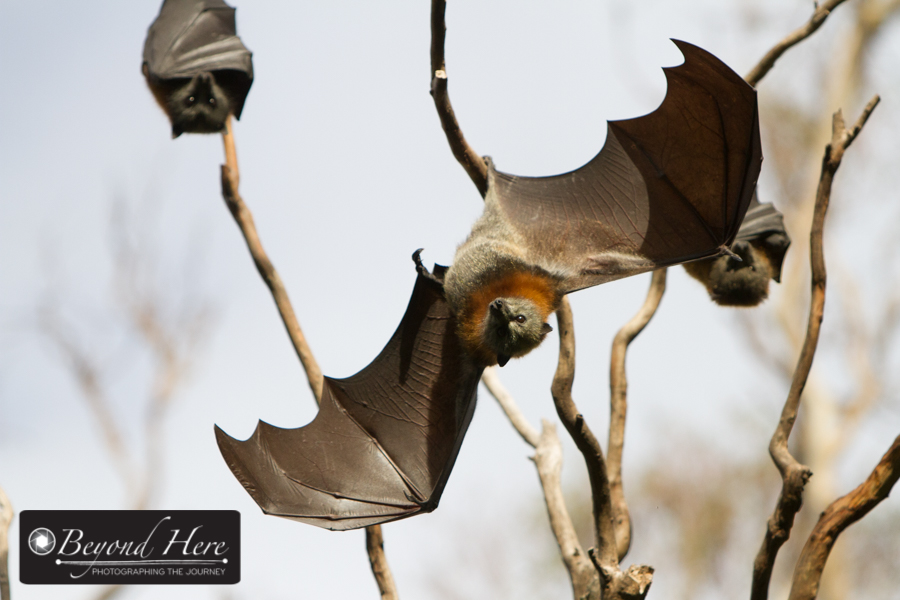 There is a large group of Flying Foxes at Yarra Bend Park meaning we could shoot a variety of images.

Bob and Rae contacted me a few months ago. We shared ideas on good wildlife photography locations for their trip to Australia. I made some suggestions for Melbourne and around Victoria, keeping in mind that transport can be tricky when you are in a foreign country where the locals drive on the opposite side of the road!

Fast forward to this week. They arrived last Sunday and contacted me by email. By chance, I had a fairly light week planned and had time to join them at Yarra Bend Park to photograph the large group of grey headed flying foxes which roost there. How cool. Shooting wildlife images alongside Beyond Here readers from the US. 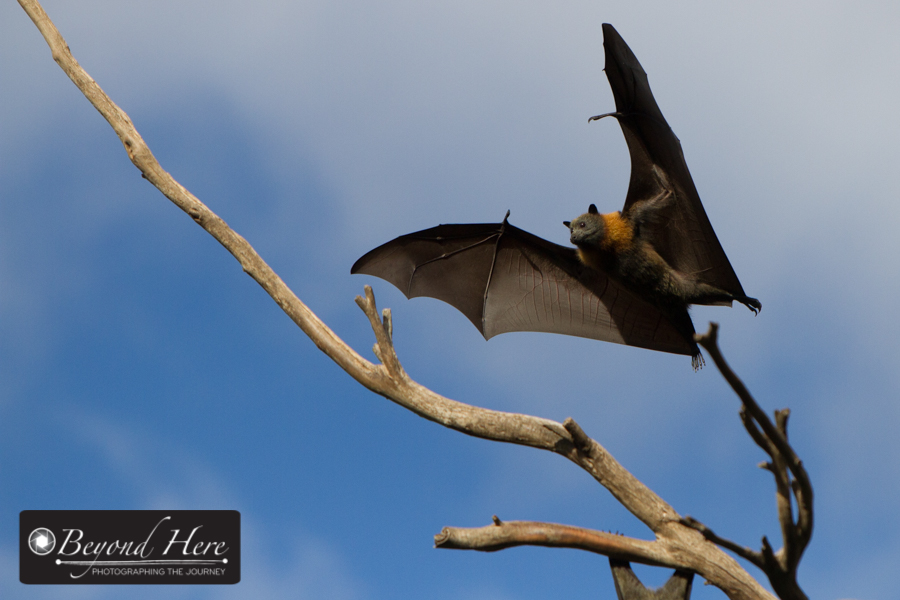 We spent a few hours exploring the park and shooting images of the flying foxes. Bob found it a unique experience as he is used to small bats, not large flying foxes. The grey headed flying foxes are active during the day, so Bob was able to get a range of images. That included everything from bats hanging upside down sleeping in the trees next to the river, through to groups of them in flight.

We had a lot of fun and it was unique to be shooting wildlife images alongside Beyond Here readers. (It also helped Bob justify bringing his 200-500mm lens on a 16 hour flight to the other side of the world! You know you love your photography when you can justify that!)

It was a lot of fun meeting Bob and Rae and showing them around one of my favorite wildlife photography spots. It never occurred to me that writing Beyond Here back in 2014, I’d some day be shooting wildlife images alongside Beyond Here readers from the other side of the world just 15 minutes from my home. 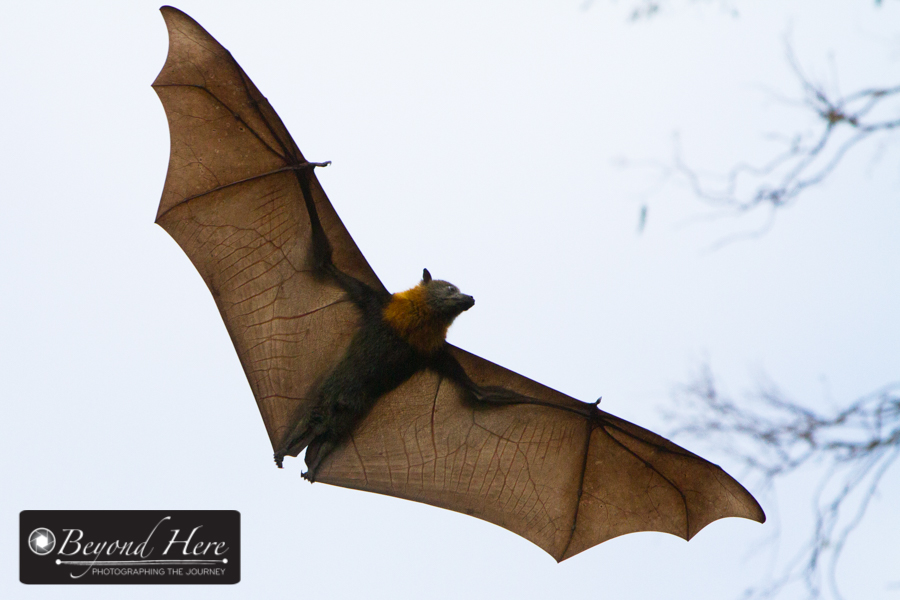 Bob and Rae are in Melbourne for another few days before exploring parts of New South Wales and Queensland. To you both, thanks for making time to say hello and explore Yarra Bend Park together. I hope your images from yesterday are good, and that you have a great time in Australia.

Thanks for reading shooting wildlife images alongside Beyond Here readers. Happy shooting.