Shooting useful stock images doesn’t need to be a complicated process or involve high production values. This weekend I’ve had my photography plans disrupted by bad weather in Melbourne, and so I did an opportunistic stock photo shoot on Saturday afternoon. This post is to show you how to shoot simple stock photos using everyday items. 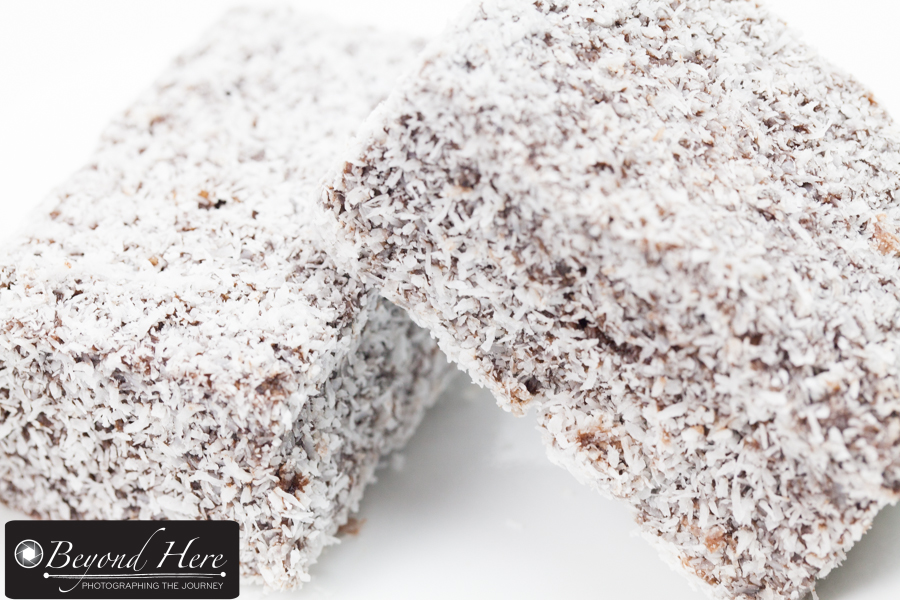 Lamingtons are a traditionally Australian cake

The subject. The subject of this shoot was part of our weekly grocery shopping! My wife had bought a large packet of lamingtons. According to wikipedia “A lamington is an Australian cake, made from squares of sponge cake coated in an outer layer of chocolate sauce and rolled in desiccated coconut.” If you live in Australia, I’m sure you know them. If you don’t, it’s worth coming to visit Australia just to try them! They are fantastic.

Why would these have value as a stock photo? The lamington is traditionally Australian. That makes them a good subject and I expect sales of these images to peak around Australian public holidays – particularly Australia Day near the end of January. To add to the “Australian-ness” I added several Australian flags to the image. Again, this is to enhance the appeal of the images around Australia Day and to tie the image directly to Australia. I have gathered a lot of stock photography props over the years, including these little Australian flags on a toothpick. If you want to buy some – look for them at two dollar shops or general merchandise stores. A packet of fifty will cost around three Australian dollars. 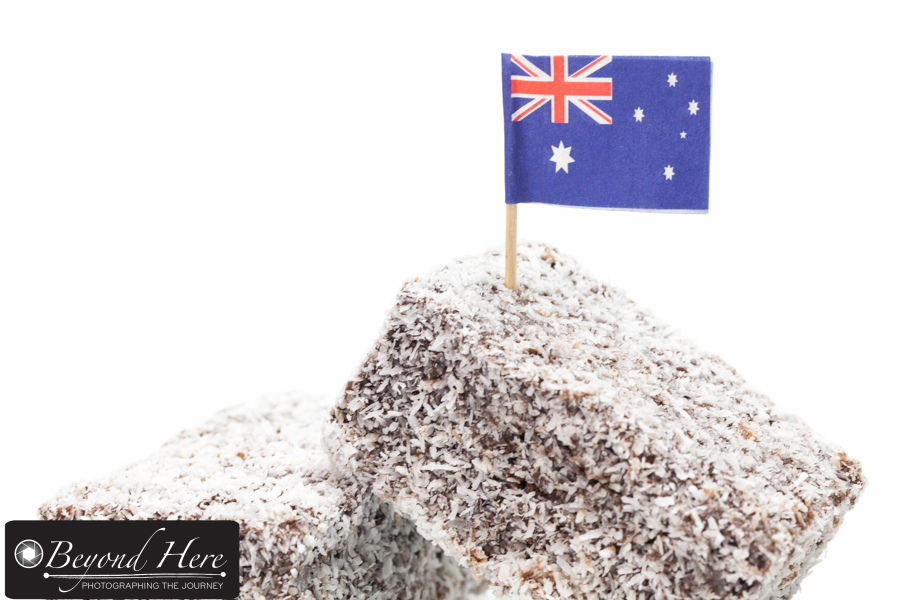 The flag adds to the Australian theme.

Lighting and Background. These shots were lit with 2 lights – one above the lamingtons and one to the side. It is a simple lighting structure and could be achieved using off camera flash and light from a window. In this case it was shot in my home studio using two continuous lights and soft boxes. (See this post for How To Build a Home Photography Studio). Any white background will work for these shots, and I had the subject on a white plate to catch any of the coconut when it fell off.

Lens and type of shot. I used just one lens for this shoot, the Canon L series 100mm macro. With this lens it is possible to shoot extreme close ups, as well as shots which take in the whole of the subject. To create images which have the most flexibility for the buyer, I shot both vertical and horizontal, some with flags and some without, and others with a varying number of flags. 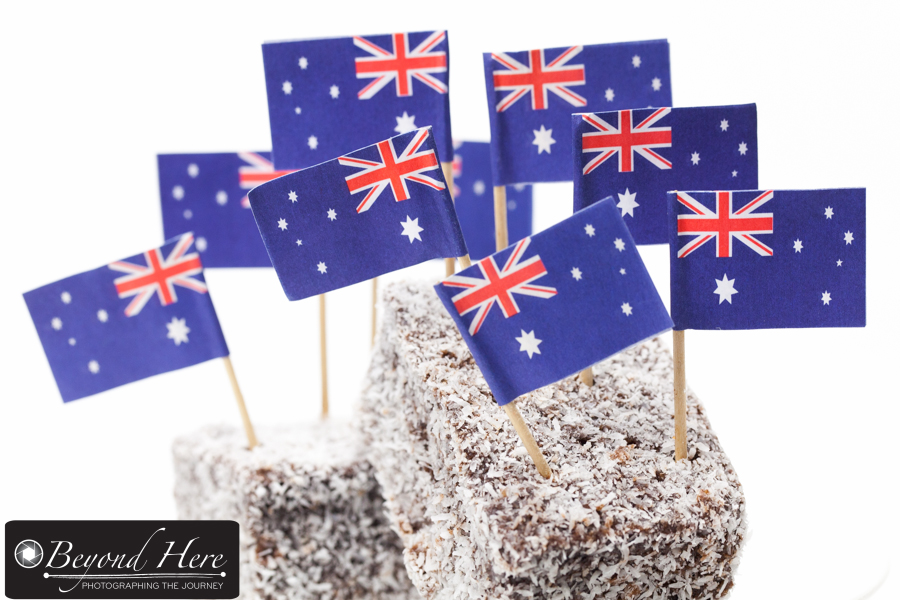 Time commitment. This type of shoot is straightforward and doesn’t take long. I started by taking the lamingtons from the kitchen, and returned them after the shoot 25 minutes later. If you plan your lighting and background in advance, setting up, shooting, and wrapping up can be done in a very short period of time.

Post production. I made small adjustments to the RAW images in Lightroom – increasing contrast, whitening the whites, increasing the saturation of the blue color, and cropping where necessary. Again this is a simple process and took about 2 minutes per image.

The purpose of this post was to show you that it is not complicated or expensive to create simple stock photos using everyday items. Thanks for taking the time to read this post. Happy shooting.

Why use props? Props enable images to have a stronger link to a specific theme. In this image, a cute portrait is transformed into an image which displays nationalism or patriotism by using a national flag. 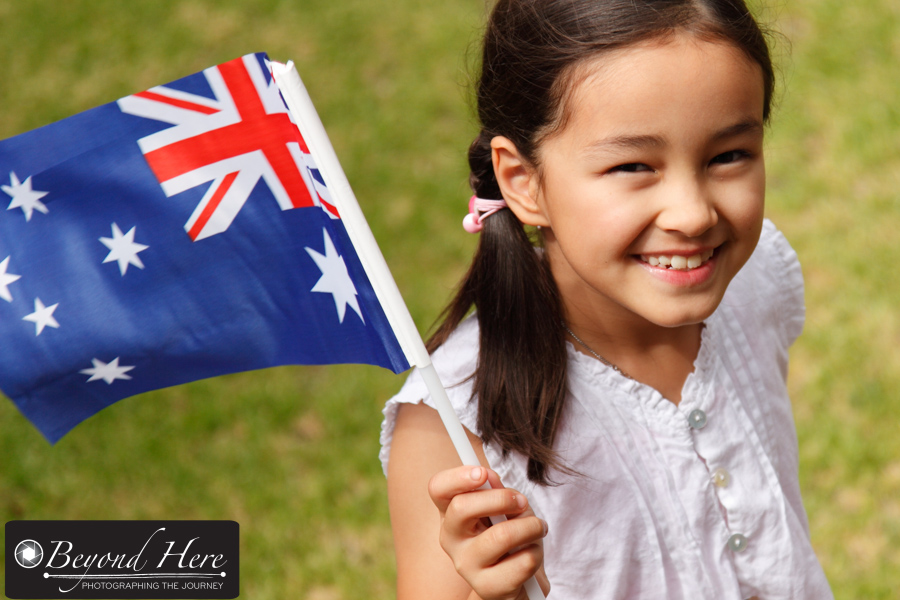 Using a national flag brings a strong theme to the image

Are props expensive? In each of the images in this post, the props I have used are inexpensive. The Australian flag in this image cost $8 at a variety store. Variety stores are a great source of props and many of them are inexpensive. 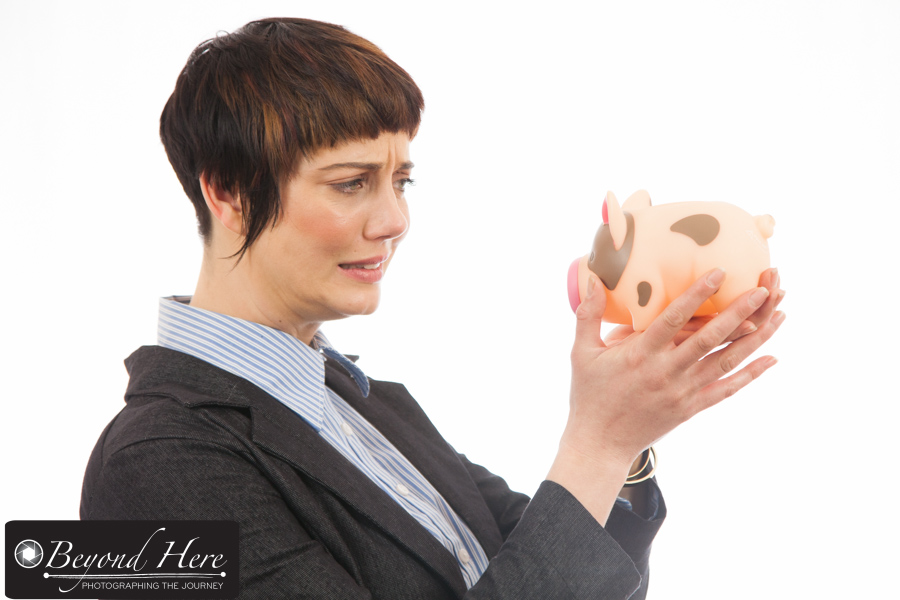 Does using props work? In my experience, using props to create images with specific themes is effective in producing downloads. While more generic images can also be popular, images with clearly expressed themes are more likely to be successful in a world where there is huge volumes of generic images. 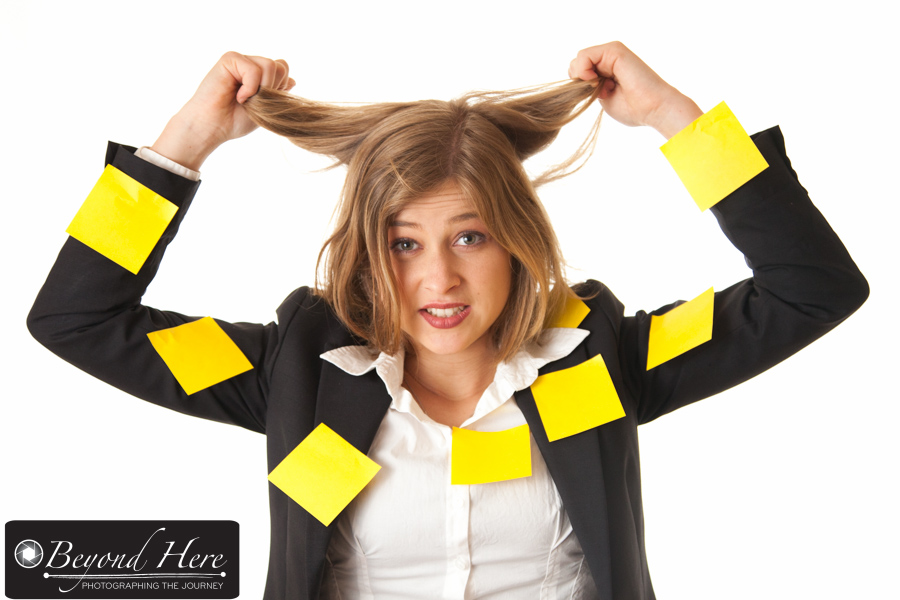 As you gain experience in working with props, they can be used to create conceptual images to highlight a point. In this image a $1 set of sticky notes has been used to create a concept of business overload, stress, being over scheduled, and tearing her hair out.

Do props always need to be used with people? Definitely not! Check out any of the major stock photography sites and you will find an extensive range of images which use props only. They are often used to communicate a specific theme. In this range of simple images, using just alphabet blocks and color – there is an almost unlimited range of images you can create. Where does this type of image get used? An image like this, which has a clear literal meaning and bold color are very popular for use on blogs. They immediately focus the readers attention on the subject and support the text. Don’t forget online uses when you are creating stock images! 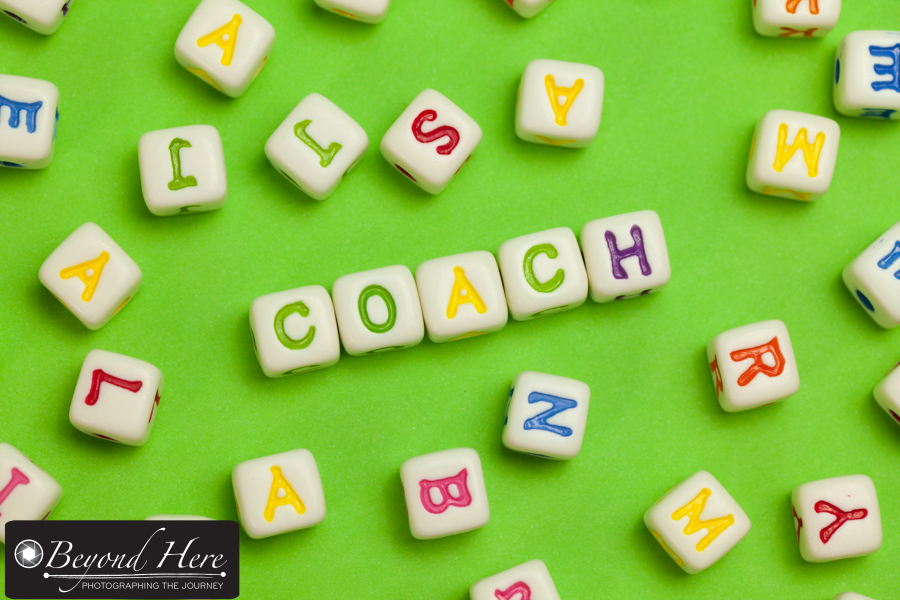 Props used alone can also be very effective. This simple image series with bold color have been popular on blogs

Thanks for reading about using props in stock photography. Good luck for your next stock photo series!